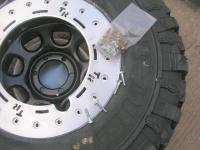 If you’re like me, you always search for better products for your rig…it’s a constant comparison shopping spree. While my wish list tends to drive my wife crazy, sometimes you have to take the plunge and take a chance.  Pitbull Rockers are new on the market, and turned out to be an excellent choice.

I’ve run a small assortment of tires, including 38.5″ Swamper SX’s and most recently, 39.5″ IROK’s. Both worked well, but the IROK’s in particular seemed to chunk out their tread blocks pretty quickly. Three trail rides on them (granted, nasty terrain, but still…) and the outer blocks were rounded and in rough shape. I’d talked with the PitBull crew at the CORR Crandon Brush Run event over Labor Day weekend 2004, and was impressed not only with their tires, but with the guys too. (It’s getting harder and harder to find guys who don’t oversell or overhype their stuff.)

Well, despite having a set of 39.5″ IROK’s on the shelf, I decided to add a set of 37’s to the collection…one reason was future “thoughts” of competition, and the class my stock-framed FJ40 fits in has a max size of 37″. Seemed like a logical choice, and the 13.5″ width was more accepting to the built FJ40 axles I was running.

I’d mounted the tires on a set of 17″ x 9″ Trail Ready steelies…not on the rig, but aired to 10psi, they measured 36.75″ tall and a full 13.5″ wide at the side rib. They seated nicely on the rims, and the recess/rim protector just fit the alum ring of the TR’s. The sidewalls seemed plenty beefy, and the combination of the tread blocks down the side and that full rubber ring looked like they’d survive sidewall abuse nicely.

So, it’s off for the first weekend….I didn’t realize it, but the tire I had checked at 10psi was the only one, and I completely forgot to mess with the air pressure before hitting the trails. After running 2-3 sections and wondering WTF I was thinking, I grabbed the tire gauge….d’oh! 18psi, 16psi, 15psi, 11psi…idiot. Bias tires outta be in the 4-6 range….dropped them all down to 5ish, and WOW! Went back and hit a line next to the Crows Nest area of the Badlands park and where they had just struggled (but still cleared) they now walked without any spin at all. Awesome! After re-hooking with the balance of our group, C (my wife) took them to task….one difficult section of the Badlands is a smooth rock exit out of the creek….I’ve tried this line with 38.5 SX’s and 39.5 IROK’s and been denied every time. The Rockers walked it….sickeningly easy.

Day two was a run with Chuck and the Outdoor Adventure crew, hitting Mission Impossible, Troy’s nasty backyard private property…this has claimed my rig many times in the past. Again, great performance…they cleaned great on the greasy hill climbs, got up a few lines that no other rig was able to pull up, and generally took me most anywhere I wanted to point. The sidewalls didn’t shift all over and helped hold a line while steering, a nice bonus. One hill climb required a zero-run launch from the edge of the river…the Rockers hooked so instantly that I was on the brakes HARD at the top to keep from drilling the rigs already up there. Damn near scary traction!

I’ve put on two other hard trips since then, one to Dresser WI for their combination of rock/mud/sand/log covered trails, and most recently to the sharp shale of Gilbert MN. Despite all the razor edges of the Gilbert ravines, the sidewalls have only minor scratches (don’t ask about the once-pretty alum locks on the TR’s tho….uugh). Again, they held their lines impressively, and I think all those who witnessed the 37″ PitBull Rockers on my rig and the 39.5″ Rocker phatties on Dennie’s rig were impressed with their traction and performance. 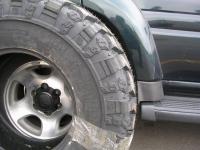 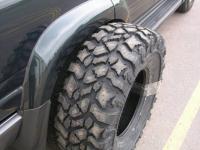 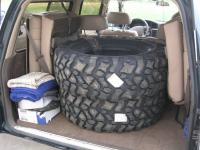 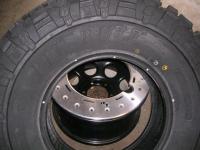 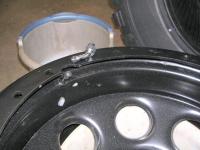 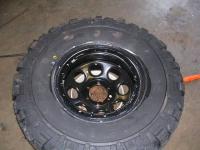 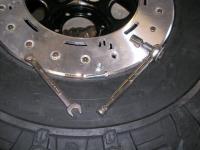 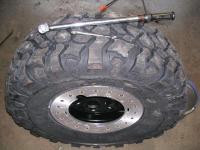 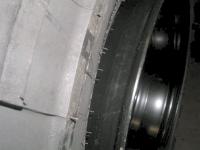 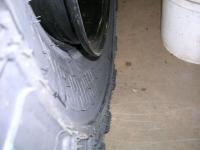 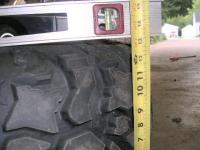 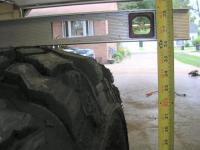 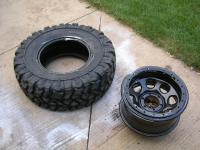 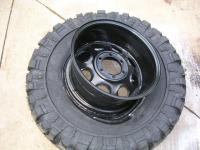 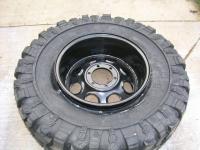 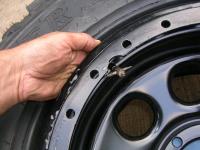 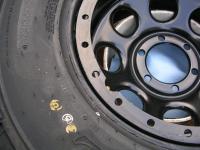 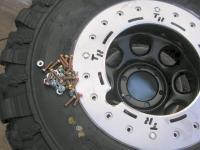 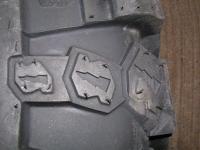 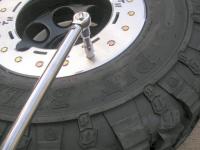