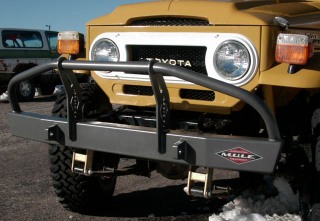 Anyone can buy new tires and new wheels, install them on their rig, and give a glowing review about how well the tires hook up and how pretty the wheels look…but the real test of a product is how well it survives hard long-term use.  I’ve put a set of 39 x14.5-17 Pitbull Maddog LT Bias Tires and 17×9 TrailReady HD Aluminum beadlock wheels thru 18 months of hard trails and offroad abuse, and it’s finally time to brag.

I had run 37″ Pitbull Rockers on TrailReady steel beadlocks since 2005, and had been very impressed with how they performed.  After a November 2008 run at Green Acres outside Clayton OK, and again being the ‘little’ guy in the bunch, I contacted Mike Green with Pitbull Tires in St. Louis to find something bigger…they had recently released their new 39×14.5 Maddog tire and I was anxious to test them out.  And given my past success with the TrailReady wheels, a new set of those were ordered up as well.

The wheels arrived on a cold Tuesday evening in January…and as expected, UPS was later than I’d hoped…I literally loaded the boxed wheels off the brown truck and into my pickup and immediately left for St Louis.  I stopped thru the Pitbull warehouse on Wednesday morning and continued on to Nashville to stay with a friend for the night and get the tires/wheels assembled and installed.  (THANKS to Clutchee and Carl for your help!)

Installation was a breeze…pull the locking ring off the rim, drop the tire into place, hand-thread the 24 bolts, and then step around the rim tightening the bolts down.  With 24 bolts, I snugged every 5th bolt, and used that pattern such that each bolt was hit 3-4 times.  This helps ensure the bolts are brought down evenly, then torqued to 20 ft-lbs.   (Torque spec confirmed accurate 8/16/10)

I chose the Super Finish Slim Ring for these wheels.  I had run the standard Rock Ring on my earlier set of steel TrailReady’s but the wider ring took most of the abuse and hid the relatively clean wheel behind…the Slim Ring protects the bead area equally well but allows the clean rim behind the ring to be visible.  Also, it collects less rock/gravel/mud behind the ring and makes cleaning a little easier.

Clutchee and I continued out Thursday morning to attend the 4th annual Lone Star Toyota Jambo (January 15-18) at the Barnwell Mountain Recreation Area outside Gilmer TX.   Initially, we set the tire pressure on these at between 4psi and 5psi, which is the pressure I had always run my 37″ Rockers…however, that was obviously far to low for these tires on this terrain, so we bumped that up to 8psi.  The soft sidewall design and the flexible tread blocks let the tires hook incredibly well in the dirty/muddy rock that covered the BMRA trails.  Unfortunately, the tires hooked SO well that a few previously weak components on my FJ40 let loose…namely, the passenger side Longfield, the 700R case, the D300 case, and the rear driveshaft…  The breakage slowed testing for that weekend!

Since that trip, this combo has been run around the country, including Katemcy Rocks TX (K1 and K2), Clayton OK, Pismo Beach CA, Moab UT (2x), Rausch Creek PA, Superlift Park AR, Attica IN Badlands, The Cliffs Insane Terrain IN, the Black Hills of SD and again at BMRA in TX.  They’ve performed impressively on just about every imaginable terrain, from rain covered rocks to sloppy ravines to soft sand.  While I don’t put many road miles on the tires, I do wheel them hard…the tread blocks have held up great and the rubber remains flexible and soft. The wheels hold their air fairly well, but leak down slightly over a few weeks.  I’ve yet to have a single trail issue with either the tires or wheels…the TrailReady Slim Rings and the Pitbull Maddogs are well scarred, but functioning perfectly.

I will note that the Rockers are a better mud tire than the Maddogs, despite Pitbull marketing.   The tread design on the Rocker seems to clean a little better and find traction…but the Maddogs shine on the rocks.

Pitbull Tires has created a great tire…well sized, great traction, and great durability.   Combined with the  TrailReady wheels, they make for a great looking and great performing combination! 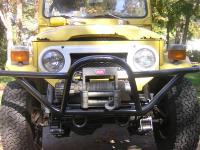 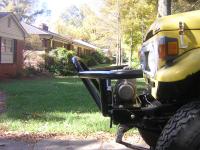 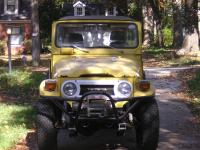 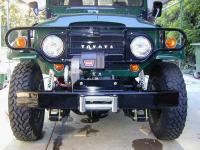 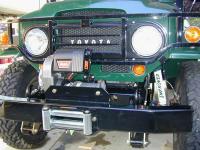 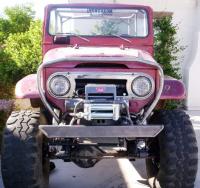